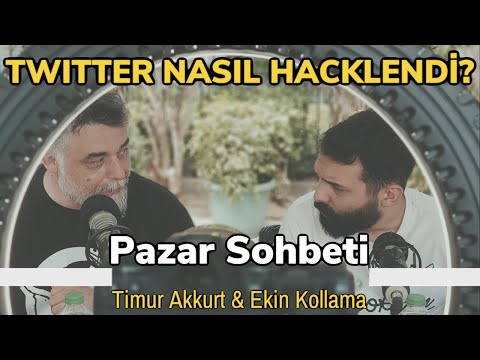 Please see the first post [A-I] for more info about this post. Unfortunately, post character limit is 40k, so I will have to break this into multiple posts linked here:

Joe Biden told an audience of donors in New York City that his tax policies wouldn’t “fundamentally change” things, including their quality of life, and waxed nostalgic about his working relationships with segregationists when he was a young senator. Guuuulp.
It has not gone over well! Here’s the full rundown.
Biden has been campaigning on his ability to reach consensus with Republicans. As evidence of this, he cited his relationships with now-deceased Sens. James Eastland (D-MS) and Herman Talmadge (D-GA). Biden said Eastland “never called me ‘boy,’ he always called me ‘son,’” and called Talmadge “one of the meanest guys I ever knew,” but added, “at least there was some civility. We got things done.”
Some problems with this!
Several Democratic presidential candidates have condemned Biden’s comments, including Kamala Harris, Cory Booker, Bernie Sanders, Elizabeth Warren, Beto O’Rourke, and Bill de Blasio.
Biden went on to assure his donors that they won’t assume much financial risk by supporting him. “No one’s standard of living will change, nothing would fundamentally change,” he said. But, “when we have income inequality as large as we have in the United States today, it brews and ferments political discord and basic revolution.”
Some problems with this!
There unfortunately aren’t many generous ways to interpret these comments. They have raised concerns across the party about what kind of nominee and president Biden would be, and so far he hasn’t sought to explain himself or walk the comments back. The good news: he’ll almost certainly face questions about them at next week’s debate. popcorn-eating.gif

The number of refugees—people who’ve been forced to flee violence or persecution—has reached an all-time high of nearly 71 million people worldwide, and includes an estimated 13.6 million people who became refugees in the last year alone, according to the United Nations. Most of the world’s refugees come from just five countries: Syria, Afghanistan, South Sudan, Myanmar, and Somalia, and the greatest number of refugees live in Turkey, Pakistan, Uganda, Sudan, and Germany, respectively.
While presenting the report, the U.N. high commissioner for refugees criticized “inward looking,” wealthy countries, many of which have sought to close their borders to these displaced peoples. That includes, um, us.

Trump administration officials have tried to convince Congress that Iran has ties to al Qaeda, suggesting the White House may try to use a post-9/11 war authorization as a legal justification for attacking Iran over Congress’s objections. There’s every reason to be skeptical of the administration’s claims, and House Democrats underscored their skepticism by voting to repeal that authorization.
At a House subcommittee hearing on reparations, the writer Ta-Nehisi Coates called on Congress to “reject fair-weather patriotism, to say that a nation is both its credits and its debits,” and to create a commission to study ways the U.S. government can make amends for slavery and its legacy. Coates also rebutted Senate Majority Leader Mitch McConnell, who expressed his opposition to reparations on Capitol Hill this Tuesday.
President Trump’s former Communications Director Hope Hicks stonewalled Democrats during a closed-door interview with the House Judiciary Committee on Tuesday because White House lawyers barred her from answering any questions about her time in the White House. Hey Democrats: instead of hearings nobody can watch with witnesses you won’t force to testify, have you considered the opposite?
Speaking of which, House Democrats may have finally run out of patience with former Special Counsel Robert Mueller’s reluctance to testify, but they still haven’t subpoenaed him. Reminder, again: Republicans hauled former FBI Director Jim Comey up to the Hill within two days of his decision to close the Hillary Clinton email investigation. And you might have noticed Republicans are pretty good at this “winning elections” thing.
The Federal Reserve left interest rates unchanged today, resisting extraordinary and improper pressure from President Trump, who has suggested he might demote Fed Chair Jerome Powell, even though he does not have the legal authority to do so.
International prosecutors indicted three men with ties to Russian intelligence and implicated a senior aide to Vladimir Putin for shooting a missile at Malaysia Airlines Flight 17 over Ukraine in 2014, killing all 298 people on board.
The British research submarine Boaty McBoatface (this is what happens when you let the internet name things) discovered a significant link between Antarctic winds and rising sea temperatures. As the winds have grown stronger because of greenhouse gas buildup and the destruction of the ozone layer, they have caused more turbulence in waters, resulting in rising sea temperatures and sea levels. Not bad, Boaty. But, you know, bad in every other way.
Trans author, activist, and television producer Janet Mock signed a multimillion dollar deal with Netflix to write, direct, and executive produce projects that tell stories about underrepresented people. She is the first out trans woman of color to score a deal like this with a major studio.

Are you underpaid? Overworked? Not feeling the love for your job? Enter Flatiron School—a global school that trains change-makers in 21st-century skills like software engineering, data science, and UX/UI Design through immersive and online courses.
In as little as three months, you’ll have the skills to land a cool new software engineering or data job with all the perks, snacks, and zeroes on that salary you’re hoping for. Within six months, 97% of Flatiron School grads land a new job, and every program has a money-back guarantee—get a job or get your tuition back. And now, applications are open for Flatiron School’s Online UX/UI Design Course!


Did You See That Thing?

Facebook confirmed this week that it has spent the past year working with 27 nonprofit, tech, and finance partners to create a cryptocurrency called “Libra.” Despite its classification as a cryptocurrency, Libra would be very different than Bitcoin. Facebook imagines it as a “new global currency standard” that’s stable, guaranteed by tangible assets, and part of a larger program that will be able to perform all the functions of a traditional bank (think accounts, loans, ATMs, etc.).
Facebook claims it wants to offer the service to benefit the developing world, and its 1.7 billion adults who don’t have access to banking. This, however, is the same logic it used to promote its plan to offer free internet around the world—a plan that came under fire for attempting to make developing countries dependent on Facebook for access to the internet. On top of that, Facebook’s laundry list of privacy scandals, the rampant misinformation on its platform, and the way it’s been used to subvert elections have naturally made people skeptical that the company should be entrusted with vulnerable people’s money. OTOH maybe we should just blindly trust Zuck again for the 40,000th time.


Is That Hope I Feel?

New York lawmakers have agreed to one of the most ambitious climate plans in the world. The legislation, called the “Climate Leadership and Community Protection Act,” calls for the state to eliminate almost all greenhouse gas emissions with the goal of making the state's economy carbon-free by 2050. Currently, New York sources only 60 percent of its electricity from carbon-free sources.

Is it the right time to buy the dip?

Is Facebook Libra a Betrayal of Satoshi Nakamoto’s Vision?