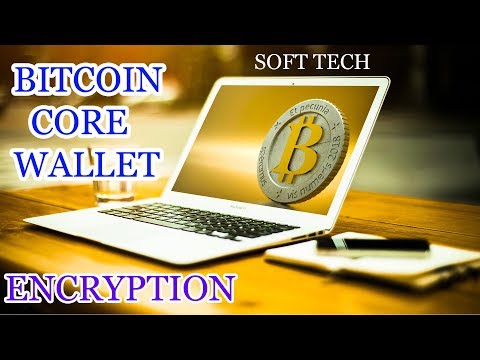 Thomas Voegtlin on Mar 01 2015:
-----BEGIN PGP SIGNED MESSAGE-----
Hash: SHA1
Dear Bitcoin devs,
I just tagged version 2.0 of Electrum:
https://github.com/spesmilo/electrum/tree/2.0
The electrum.org website will be updated later today. The release
notes are a bit dense, due to the large amount of changes and new
features in this release. In the coming weeks we will be adding more
detailed documentation to the wiki and to the website.
There has been a very long hiatus in Electrum releases, because it
took me a lot of time to decide about the new seed derivation method
and wallet structure. Now that this part is done, I hope that we will
resume to a faster release pace.
I would like to thank all the people who contributed to this release,
developers, beta testers, but also people from this list who provided
useful feedback.
Cheers,
Thomas
 RELEASE-NOTES

paper.
phrase includes a version number, that refers to the wallet
structure. The version number also serves as a checksum, and it
will prevent the import of seeds from incompatible wallets. Old
Electrum seeds are still supported.
and use a gap limit of 20.
P2SH addresses ("2 of 2", "2 of 3").
transactions, that includes the BIP32 master public key and
derivation needed to sign inputs. Serialized transactions can be
sent to cosigners or to cold storage using QR codes (using Andreas
Schildbach's base 43 idea).
"2 of 3" multisig wallets and Google Authenticator. Note that
wallets protected by this service can be deterministically restored
from seed, without Trustedcoin's server.
wallets, to send and receive partially signed transactions.
window that pops up if you click on the QR code
outputs, and raw hexadecimal scripts.
start the daemon if it is not already running, and the GUI will
connect to it. The daemon can serve several clients. It times out
if no client uses if for more than 5 minutes.
keys. A watching-only wallet is created by entering a list of
addresses in the wizard dialog.
wallet files cannot be read by older versions of Electrum. Old
wallet files will be converted to the new format; this operation
may take some time, because public keys will be derived for each
address of your wallet.
the command line:
encrypt
decrypt
stable. Another script was added to Android, called Authenticator,
that works completely offline: it reads an unsigned transaction
shown as QR code, signs it and shows the result as a QR code.
-----BEGIN PGP SIGNATURE-----
Version: GnuPG v1
iQIcBAEBAgAGBQJU8y7fAAoJECvVgkt/lHDm78oP/2uIqCyOwLsAJGkAI3CPFxtw
WssFJlnCnFiA4tPv5pd7HdOgxQkTaPbUHftexfdd/lpfmFvxZVoHcA/32IIKFH63
BU2bnEyYOaW1A4XfNDQH6VG7eT2er1HOlHCtIgzRl0KJNmVggU6DnXnHkUs1PVvg
pyEIR7Xv3GiK7rcS4qCS/9COroqQGFOXJAiLnOaQP5KszT1bMUdoL7mBPTfavnla
LM+2MgKJOWv+JpHQCDp3XwAXX62LLsS2BjdK1Jt6OpGA6IuVQGBSaTIn5K81S+Yh
M6RDKbP3kObYQ+bzLvtWrzgUD3sdht/V8L5ZPS3+Jibvmhae2zRrm/YpJZ77Yjd4
7QliCFGH0+Gwle72yOempFGWULwq7p6yo4dVZXpj1G3XmbZXuvFg4jYeC/usCx+T
kQgMBPWME2m80fCzhJew1pRChSs/lzVreB0Lh6Tm/5Pibmy721J4oUr6oLkaR9Uy
NMrYqnSy0+tCEOXHrpCYhqogyzzdjOlv0gWKqB2uSkO5TkEHv2eyHeiZttAn11qO
sb85q/k0kYQBZZEvKJ9022eyKHjejDhQjKsCVIHhb81BJ1QYnZFIxBiKkVMxf0u5
sT2TTi18eOrYCUGD2WJ+ALyI1zN1sHO0/sn5+XzlC0jg+1KUXoo0j8NYnzmHb0Yx
5lbdlcaw0Uo7iWkFdMYT
=IGGP
-----END PGP SIGNATURE-----
 original: http://lists.linuxfoundation.org/pipermail/bitcoin-dev/2015-March/007620.html

The ultimate back-up plan: Your private key, stored in the block chain, encrypted

So i booted up ubuntu live cd, fired up bitcoin-qt and made a new wallet. Encrypted it then saved it in a passworded 7zip. I sent 100btc to that wallet last night and it shows on blockexplorer. I wanted to check with bitcoin client (without decrypting the wallet) on my windows 7 machine. It loaded the wallet and caught up with the block chain but my balance still says ZERO. The wallet address IS listed under receive coins and it DOES show 100btc at blockexplorer. But i do not see it in the client. PLEASE HELP

decrypt command line: openssl enc -d -aes-256-cbc -in secret.enc > secret.txt -k password (or -kfile keyfile_name.txt) Also you can use keyfile for encryption and decryption in TrueCrypt. (Latest stable version is 7.1a). Bitcoin was the first cryptocurrency to successfully record transactions on a secure, decentralized blockchain-based network. Launched in early 2009 by its pseudonymous creator Satoshi Nakamoto A Bitcoin wallet is not a wallet. It's a keychain. Bitcoin wallets have no coins. The coins are on the blockchain on the network. The wallet has keys in it, which is why calling it a wallet was a monumentally stupid decision that will come to haunt us because it's not a wallet because it doesn't have coins it. It only has keys. Shut down the Bitcoin program. Copy your backed-up wallet.dat into your bitcoin data directory. If you are copying in a backed-up wallet.dat that was last used on a Bitcoin version prior to 0.3.21 into an existing profile, delete files blk*.dat to make the client re-download the block chain. You may also need to do this if your transactions don The new Opera 60 a.k.a. Reborn 3 comes incorporated with many value-added features. However, what will interest the crypto enthusiasts the most is the built-in crypto wallet that

How to Brute Force a Bitcoin Wallet with Hashcat