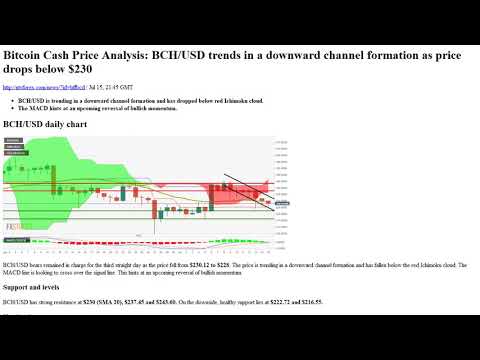 As the title describes. I'm going to get alot of downvotes but if anyone receives even a few bitcents I guess it helped the bitcoin economy somehow Leave your crowdsource ideas, ask for a little mBTC, spread your generosity to help the bit-conomy thrive
[link]

/LitecoinTraders exists as a refuge for both experienced and new traders; a place for people to congregate and form a friendly community through discussion and realistic speculation.
[link]

The most amazing place on reddit! A subreddit for sharing, discussing, hoarding and wow'ing about Dogecoins. The new innovative crypto-currency.
[link]

What will undoubtedly happen from a macroeconomic (big picture) perspective... idiots

OKAY. So demand has been reduced dramatically around the world, our $21 trillion GDP has basically been paused for 2 months, so to keep it afloat (rough math), the government had to add $3.5 trillion to keep the economy running somewhat smoothly. That's a lot of printing, you idiots probably expect inflation. Wrong, step away from the US and look at what other countries are doing, the ECB (European Central Bank) and BOJ (Bank of Japan) are having to print trillions of dollars worth of EURO and YEN to keep their economies going, along with every other country getting pounded. Not only that, but since the US dollar makes up 70% of global transactions, in liquidity terms, trillions worth of euro and yen is MUCH MUCH more than any amount Jpow feels like printing, there's no way our printing could offset what the rest of the world is doing, so inflation isn't coming. If you want proof, just look at the euro/usd (going lower) and literally ANY emerging market currency is getting absolutely clapped vs the dollar.
​
Furthermore, not only is US corporate debt at an all time high, but emerging markets, the eurozone, and asia has borrowed more dollars than ever before at any point in history, basically everyone around the world's debt is denominated in US DOLLARS. So what's about to happen? It's already happening, demand for US dollars is going up because everyone around the world wants to borrow more to offset cash flow concerns and pay off existing debts, which will cause the dollar to increase in value. What happens when the whole world has debt in dollars and the dollar goes up in value? DEBT BECOMES MORE EXPENSIVE. This is DEFLATION, and in particular and even more terrifying DEBT DEFLATION, a phrase that would make Jpow absolutely shit himself (and he knows its coming). This has already started before the whole beervirus nonsense, look at Venezuela and Zimbabwe, they had too much dollar debt, no one wanted to lend to them anymore and whoops, their currency is worthless now. It's going to be like a game of musical chairs for people trying to get access to dollars, starting with emerging markets and eventually moving into the more developed economies. The result: massive corporate bankruptcies, countries defaulting on debt (devaluing their currencies) and eventually a deleveraging of massive proportions. This WILL occur and no amount of printing can stop it, it's already too far gone.
​
It doesn't matter what the stock market does, other markets around the world will be fucked, honestly it might cause the market to go up because of all the money fleeing other countries trying to find a safe place to live. Here are the plays assholes. TLT will go up because no matter what Jpow says, he doesn't control the fed funds rate, the market does, and US treasury bond yields have already priced in bonds going negative. CPI shows that we may see up to -3% inflation (3% deflation), meaning at .25% fed funds rate, the REAL rate is 3.25%, that is the worst thing possible during a deleveraging because it makes it harder to stimulate the economy, the fed has no choice, rates MUST go lower. Rates go lower, bond prices go up, TLT 12/18 $205c. Remember how I said scared foreign money will want to find a nice safe place to go when we go into the biggest debt crisis the world has seen in over 300 years? GLD 12/18 $240c. Finally, the dollar will rise in value as well so UUP 12/18 $28c.
​
As far the actual market, we hit a high of SPY 339.08 in February, fell to a low of 218.26 by mid March, and have since then retraced EXACTLY to the 61.8% Fibonacci retracement level at 290, and started to bounce lower from there. I'm no technical analyst, but I do know history. During the greatest crashes in stock market history, 1929, 2001, 2008, the Nikkei in 1989 (Japan) this exact same thing happened, market got scared and fell to lows, then smoked that good hopium for a few weeks or month to retrace between 50% and 61.8% back to previews highs, then absolutely fell off a cliff. If you don't believe me, go look at the charts. Now, I'm personally not going to be betting on the US market falling because of the fact that its just straight up not reflecting reality and there are much better ways to trade on what's occurring (see trades above), but I PROMISE, that we will not be seeing new highs at any point any time soon.
​
TLDR; The world is going to shit due to the dollars over-dominance of the world market, we will soon see the worst deleveraging in human history, and may very well have to come up with a new fiat money system (probably not bitcoin, but it wouldn't hurt to have some). TLT 12/18 $205c, GLD 12/18 $240c, and UUP 12/18 $28c. If you wanna be an autist and buy weeklys, I can't help you, but I basically just gave you the next big short, so you're welcome.
​
DISCLAIMER: I didn't say what price to buy at for a reason, timing is extremely important for trades like this, so don't FOMO in and overpay, you will get clapped.

Ethereum, LINK, and Ren: These 3 altcoins are supposed to beat BTC