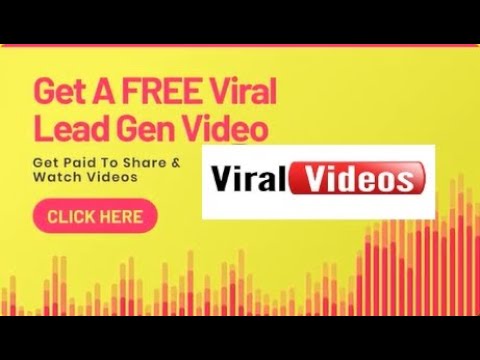 ARK. Here's what's it's all about, what's been going on, and what's coming. [Explain Like I'm Busy]

Dude, it said explain like I'm busy I'm not going to read all this

No problem. Check out these hand-picked relevant ARK Crypto Podcast episodes. Learn while you listen, drive to work or home, cook a steak, give your dog a bath, etc.
If you have decided to read all this, thanks, keep reading for a concise breakdown!


So what's the current big thing going on with ARK right NOW?

ARK.io has recently announced on both its blog and its Twitter that ARK Core v2.6 is coming to Mainnet February 11th. The iteration of 2.6 may sound anticlimactic, but it's far from that. Core v2.6 is the biggest upgrade to date- even bigger than the total Core overhaul performed for v2.0, deployed late 2018.
The new version brings new transaction types to the ARK Public Network, including types that will play a role in creating an ecosystem of linked chains. This ecosystem of linked chains will have the ARK Public Network in the center of the action, storing chain details and allowing for chain discovery.
These new transaction types include:
Multipayments — sending to multiple ARK addresses, while just initiating one transaction, saves time and cost
Multisignatures — you can now get all of the benefits of multisignatures where more than one user can propose or spend funds depending on the predefined terms (eg. 2 out of 3 users needed to successfully send tokens, vote, …)
IPFS — register IPFS compliant hashes on the ARK blockchain within Desktop Wallet.
Business & Bridgechain registrations — you can now register your business and bridgechain on the blockchain and soon, you will be able to get verified via our Marketplace to get access to some exciting new features.
Delegate resignation — delegates who don’t want to be voted for anymore can now opt-out of this by simply initiating delegate resignation.
Additionally, the Core v2.6 improves security against double-spend attacks by implementing nonces. Also, massive enhancements were made to the GTI or Generic Transaction Interface, a critical tool for developers who wish to develop decentralized applications.


What is ARK's unique approach to current issues plaguing the blockchain industry?

ARK empowers everyone, regardless of their aim or technical background, to quickly and easily leverage blockchain technology. In the current hype-driven blockchain landscape, ARK acts as a beacon for individuals, groups, and enterprises seeking to apply blockchain technology to both reach their individual goals and affect change in their local community. ARK’s uniquely simple technology stack allows almost anyone to create and deploy standalone blockchains for any use case with an intuitive graphical user interface and experience. These newly created blockchains also known as bridgechains will have the ability to interoperate through ARK SmartBridge Technology. ARK is also reinventing smart contracts with ARK Logic, a collection of tools including custom transaction types, templates, and plugins. ARK Logic brings security, adaptability, and scalability to decentralized computing workflows. Most importantly, the ARK Ecosystem fosters a growing international community of developers, node operators, blockchains, businesses, and enthusiasts who collectively breathe life into this disruptive technology. Get into the interactive whitepaper here.


Tell me about the ARK Public Network

Ok, no problem. Since coming online on March 21, 2017, the APN has operated as a P2P cryptocurrency with fast block times of 8 seconds and low dynamic fees (near a penny and somewhat novel for a DPoS blockchain). However, the end goal of the APN far exceeds that of just a cryptocurrency that is faster and cheaper to use than Bitcoin. I'll explain further in a minute.
The network, as mentioned, is set up as Delegated Proof-of-Stake. This means forging delegates are deemed worthy to secure the chain and add blocks to it by the holders of the ARK token, which vote for delegates using their ARK as vote weight. ARK remains in users' control at all times, and the top 51 delegates in vote weight enter forging status. The network awards each delegate 2 ARK per block (~12,705 ARK/mo) for services rendered. This continues ad infinitum resulting in a declining inflation rate each year (relative to total supply). When users add or remove ARK from a voting wallet address, vote weight adjusts automatically and they don't need to vote again. Voting continues even if user's wallet is offline.
The main uses of ARK as the cryptoasset of the ARK Public Network besides being a P2P cryptocurrency include:
If you're interested in more details about APN uses, check this direct link to that section of whitepaper.

Yes, team good. Team very good. General sentiment among ARK team members is that ARK is a dream project to work on, and this motivates them to do great work on a consistent basis as the ARK technology stack progresses. Very recently, ARK hired an additional half dozen people in various departments, including marketing department. This brings ARK team total to over three dozen experts. The ARK business entity is also well funded with around 10 years of budget. The ARK business entity spends funds in a very sensible manner compared to some other projects who spend with insufficient foresight or discretion.
Members of the board are thoughtful and deliberate, and the CEO FX Thoorens has been hard at work putting a spotlight on ARK, showing an 'intermeshing' of ARK with the global regulatory landscape in regards to crypto. Recently, ARK became a founding member of ADAN, a professional association based in France created to help structure and develop the digital assets industry. Other members include Consensys France and Ledger. ADAN will consult with public authorities, industry leaders and private bodies to promote the use of digital assets and all activities in this sector. This includes exchange platforms, brokers, hardware, protocols, decentralized applications and blockchain technology platforms. Hear FX Thoorens talk more about this in this podcast episode.
The ARK business entity is located in France, but the ARK team is distributed across 10+ countries and multiple continents.

Cool stuff. Organizations and open source projects have been stumbling across ARK and really like what they see. Multiple projects are working with ARK technology and are at various stages of development, but since you're busy, I'll highlight the project nOS which recently launched their public testnet and uses ARK technology for their blockchain. nOS also has great things to say about ARK that you can hear in this podcast episode or watch in this video.
We believe that as more businesses, organizations, and open source projects start looking around for blockchain solutions, they will also enjoy ARK's simplicity, flexibility, and feature set. Our powerful technology stack is backed up by a recently upgraded documentation hub for developers.
The product we have that makes it very easy for projects to join the ARK Ecosystem is called the ARK Deployer, which you can learn about in this two minute video. It allows developers from all walks of life to create, customize and launch a standalone blockchain in three simple steps. In the near future, what's going to happen is a big improvement to the Deployer. The ARK Deployer will get an upgraded and more powerful user interface that also facilitates chain management post-launch, as well as interface directly with cloud providers like Digital Ocean to launch genesis node and peers in background. This would allow for a massive leap forward in our vision of 'Point. Click. Blockchain.'
ARK.io is also working on a Marketplace for developers, where custom plugins and tools developed by both ARK.io as well as third parties can be acquired for assembling blockchains much easier. Imagine a wordpress-type environment where you can create a super-powerful and customized blockchain by connecting Legos together. In the same way that early World Wide Web needed WordPress/Squarespace style tools to bring the technology to every business or organization, we believe that this need will be out there for blockchain technology as this new decade progresses.
There is more cool stuff that is going to happen, but I'll wrap it up there for now.


After reading all this stuff, what is it you want me to do?

Well, not make any financial decisions, because that is not the purpose of this information. However, as a developer, there's a lot of interesting things you should know and may want to consider doing. The ARK technology stack uses TypeScript and other JS-style frameworks, so if you know those, you should get excited.
Here's some additional less 'developery' stuff you can do:
Thanks for coming along for the ride of this post. ARK has been out here, it's out here, and it's going to continue to be out here, doing its part to make sure everybody knows that blockchains are, in fact, a thing.

Which type of curren(t) do you want to see(cy)? An analysis of the intention behind bitcoin(s). Part 3

Software you would like to see added to HomelabOS?

Note, this is not intended to be an ask that anyone do anything to add this software to HomelabOS. Rather it's intended to capture the list of software I want to add eventually. Perhaps it will be of interest to others. I'm also curious to see what's on other people's lists.
Here's my top 3:
Media
Payments
Security
Collaboration
Communication
Pastebin
Filesharing