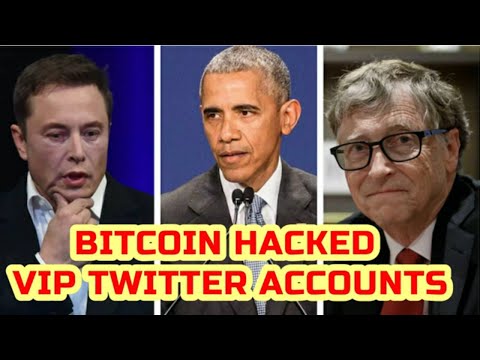 Background:
What is Clubhouse?
You know all those stories of people interrupting Zoom calls by spamming the link and getting in? What if that, as a business model. It is still in private beta, has only 1500 users and yet somehow venture capitalists have $12 million invested at a $100 milion dollar valuation in this.
What is Away?
Hardcover suitcases that cost $225 and above. Hipsters seem to like it. "The brand is more than just luggage. It’s about travel." It is treated like a tech company by VCs for some godforsaken reason (it has raised $100 million at a $1.4 billion valuation), and the CEO uses a lot of Lean In rhetoric (female led, inclusive etc.)
How New York Times?
The New York Times has hired a reporter, Taylor Lorenz, specifically for "Internet Culture" i.e. HobbyDrama reporting. (No, seriously, look at the stories she gets to write. For the NYT!)
Pre-Drama Events:
In December 2019, an elaborate investigation was posted by The Verge (not the NYT, important) about the toxic work culture at Away, with the CEO, Steph Corey, calling workers brain dead and firing someone based on chat in an internal private Slack channel called #Hot-Topics "filled with LGBTQ folks and people of color" (from article).
Korey stepped down as CEO in December, with another CEO to be selected. She came back as co-CEO in January because she 'should not have fallen on the sword.'
Course of the Drama:
June 30/July 1: On an Instagram AMA, returned co-CEO Korey answered a question about "women being targeted by the media" (I presume the AMA went in that direction) by talking about media having an incentive to clickbait in the social media era that and women (like her) were targeted because women are supposed to be motherly, ambitious women like Hillary are targeted by the media, some millennial women who work in the media forgo their ethics to advance their career because old media ethics are being eroded.
The Verge investigation was done by Zoë Schiffer, a “millennial woman.”
Incensed by this, Lorenz posts the IG pics on twitter (previous link from her) and speculates that this AMA exists because of a piece on the disgracing of the “girlboss” stereotype. To recap, neither the original story, nor the Atlantic op-ed were written by her.
Techbros start sharing the same pics of the AMA as a balanced perspective.
Until this point, #bothsides, let them fight, etc.
Enter Balaji Srinivasan. Here is a pompous bio.
He starts attacking Lorenz (again, not the writer of any of the stories). Lorenz says the guy has been obsessively attacking her for quite some time on Clubhouse gussied up public Webex calls (in tweets after the linked tweet).
Then anti-Lorenz sockpuppet accounts start being created to attack her.
An elaborate website is linked by the accounts, specifically to attack her. (Click the link, it is deranged as all hell.)
Taylor asks Ben Horowitz (of multi-billion dollar Andreessen Horowitz, where Balaji has worked before) to get him to stop. Gets blocked.
Then the Andreessen Horowitz batch have a conversation on Clubhouse Discord without texting with Lorenz. After Taylor leaves, (this part leaked to Vice, so you can go listen) Ben Horowitz’ wife, Felicia says that Taylor is playing the “woman card to defend herself.” Balaji implies that she may be “afraid of a brown man.”
And then the conversations ascend:


”the entire tech press was complicit in covering up the threat of COVID-19,”
relying on the press is “outsourcing your information supply chain to folks who are disaligned with you,”
”Media corporations are not the free press, any more than chain restaurants are food “
“why does press have a right to investigate private companies, let the market decide, I don’t understand who gives them that right” (Note: Probably from another conversation by some CEO)


Also something about Github, VC funding and Blockchains being a better model for journalism. (Bitconeeeect!!)
Then Vice reports on it.
Tech media rallies around Taylor [retweets on her twitter]. Glenn Greenwald pokes his nose and says otherwise, because Greenwald.
VCs support their own (along with MC Hammer?? because he’s also on Clubhouse the conference calls you join “for fun” app? So is Oprah???), with opinions like


I’ve never met a VC more powerful than a journalist. One can block me from accessing capital. The other has controlled the narrative / perception of my entire race for decades.


And other nuclear fucking takes retweeted by Felicia Horowitz
And Balaji?
When reached for comment, Balaji claims recording it was illegal (which, idk, haven’t seen the Terms of Service, only 1500 people can use Clubhouse the Twitch app, but you don’t have video and chat has audio)
And then he announces a $1000 bounty for memes and analysis of this event.
(paid in Bitcoin, obviously, this whole scenario is a damn meme)
This gets the creator of Ruby on Rails/Basecamp to defect to the media’s side
Aftermath? (This is a current story):
VCs (like Paul Graham) declare that the media hates them because they are losing power
Media Twitter decides VC Twitter is trying to reanimate the corpse of #GamerGate
Steph Korey, the instigator of this spiraling nonsense? Away says she has decided to step down (redux) because an employee revolt over her IG post.
(Recap: Away sells hardcases to hypebeasts. They are worth a billion because of VCs)
Balaji, rich VC guy, has memes on his timeline?
[Elon Musk has not weighed in yet, if you are curious]

link to the Telegram Bot
Airdrop sponsored by https://www.bitcoinnewsandreports.com/ and https://www.forex-news.com/ We are going to give 5 USD in ETH for just registering and 2USD for each referral. This airdrop will last until 15/5/2020 and the prices will be paid between the 16th of May and the 31st of May.
Here’s link to the Telegram Bot
Please complete the bot steps below. After that, submit your details to receive $5 in ETH.
1)Join Bitcoin News Telegram channel 2)Join Stormgain Trading Telegram channel 3)Join Forex News Telegram channel 4)Follow Forex News FaceBook page 5)Follow Bitcoin News FaceBook page 6)Follow Forex News Twitter page 7)Follow Bitcoin News Twitter page
Get a referral link +$2 on (ETH) per one referral you invite)

@nytimesbusiness: Twitter’s mysterious Bitcoin scammers. Bias in banking. Retailers are increasingly requiring masks, regardless of state rules. Catch up on all the business and tech news you need to know for the week ahead. https://t.co/srwPLkevNG

Additionally, while Bitcoin has made it into major news outlets in the past with regards to big price moves and major hacks, there isn’t a whole lot of precedent for this particular Twitter debacle–and while Bitcoin may be the currency of choice, the bigger issue seems to be focused on Twitter (and its security measures) itself. Positive investor sentiment about bitcoin (BTC) on Twitter has reached record levels - its highest in three years - triggered by the cryptocurrency's Positive investor sentiment about bitcoin (BTC Crypto Twitter’s Top Luminaries. News.Bitcoin.com has compiled a list of 35 individuals who leverage the Twitter social media platform to create a buzz about cryptocurrency and blockchain solutions. NewsBTC is a news service that covers bitcoin news, technical analysis & forecasts for bitcoin and other altcoins. Here at NewsBTC, we are dedicated to enlightening people all around the world about bitcoin and other cryptocurrencies. We cover news related to bitcoin exchanges, bitcoin mining and price forecasts for various virtual currencies. The Twitter accounts of several well-known figures and companies have apparently been compromised by an unknown hacker asking users to send funds to a Bitcoin account.

Breaking news this is not clickbait so at the time of this recording the amount of Twitter accounts they got hacked is absolutely amazing. ... It was a bitcoin scam. 2. Twitters alarming Public ... Major US Twitter Accounts Hacked In Bitcoin Scam,latest news,bhuabneswar,cuttack,kanak news,puri,news odisha,oriya news,odia news,breaking news,news headlines,kanak news odisha,kanak news live ... TWITTER GOT HACKED BY BITCOIN BOTS! BILL GATES & ELON MUSK TWITTER HACKED! Today i show you how the government will track these hackers! bitcoin twitter has been all over the news! STOCK MARKET is ... Watch the latest Bitcoin.com Weekly Update where we touch on thousands of Twitter users getting hacked, NASCAR driver “Bubba” Wallace will have a bitcoin logo on his car, $18 Billion in Bank ... This is a quick Bitcoin emergency video just letting you know that a bunch of different twitters have been hacked in the past hour promising to send Bitcoin. These are all scams be careful never ...