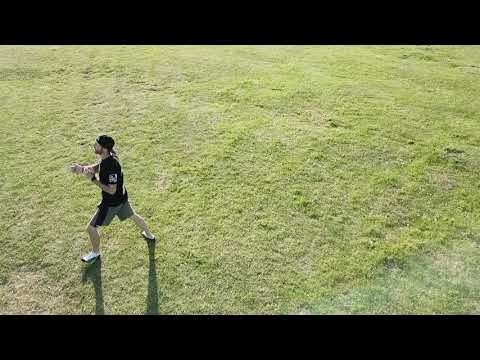 To a better future
[link]

If you've come here to post that you're worried about the price being down, please read this.

I'm seeing a lot of "Guys, the price is down, what are we going to do" posts.
Item #1: Look at Bitcoin's history. http://blockchain.info/charts/market-price?timespan=1year - Notice in April 2013, there was a spike, and then a drop. Notice all of the peaks and valleys. The trend has been undeniably upward, but everyone needs to understand that peaks and dips are absolutely the normal function of a trading market where some people are trying to sell high and some people are trying to buy low. To see a real trend, we need to look at averages. This is why "real" stock market graphs show 24hr, 7 day and 30 day trend lines. Because the averaged trends (signal) are more important than the day to day jitter.
Item #2: The Allegory of the Bank Run. It goes a bit like this. Someone about town, with 5 small banks, one bank closes for a day because they have trouble paying out funds. A customer of that bank spreads the rumor that there is going to be a bank run, meaning that everyone is going to withdraw their funds and the banks will become insolvent. In reaction to this rumor, the entire town withdraws all of their money from the other 4 banks, thereby causing a bank run - in reaction to an imagined impending bank run.
Right now the BIGGEST danger to Dogecoin is not day traders, trollbox preachers, or price manipulators. It's morale here, and this absolutely unfounded worry that a moderate dip in price which has been calculated in days.
Has anyone noticed that while Dogecoin has taken an underwhelming slight fall, Bitcoin has basically fallen from orbit? Bitcoin has crashed, Litecoin has crashed, and Dogecoin has "meh'd". We really need to see the silver lining here. ALL cryptos are down right now. Dogecoin isn't down that much by comparison. And people are getting nervous because we're not at 300 satoshis yet?
Come on folks. We were at 75 satoshis a few weeks ago. Let's temper our expectations and can the negativity because it can and WILL cause a feedback loop that will cause the market (which is inherently emotional) to react to the community's morale. It makes me worry about how shibes will react to the inevitable first REAL dogecoin crash. (It'll happen, and 'that too, shall pass'.)
There is no need to abort this mission AT ALL. Keep evangelizing Doge and the community. Keep using Doge, keep exchanging Doge, keep mining Doge and keep telling everyone you can about Doge.
When you worry about the price, channel that upset into doing something with Doge. Make a site. Talk to a business about accepting doge. Get a friend mining. Show a friend faucets.
Anything but rumination about insignificant jitter in the trend line. Because we are absolutely and undoubtedly still flying.

The last time I saw 0.7X, bitcoin was orbiting over the low $3k.

While everyone is focusing on bitcoin price, very few realized the significance of the bitcoin satellites in orbit, which is a full node and provides access to the bitcoin network *without* the need for internet access. Isn’t this extremely significant? this was neither discussed or emphasized

To the Moon, Mars, and Starlink: will networks of new satellites be the precursor to bitcoin exchange systems that are established in Earth's orbit - or on the Moon?

To the Moon, Mars, and Starlink: will networks of new satellites be the precursor to bitcoin exchange systems that are established in Earth's orbit - or on the Moon?

Bitcoin Wallet Is Orbiting the Earth at 5 Miles Per Second

A rap from our beloved snoop Doge

Yo Fuck a doge poem, son I'm a doge rapper Fuck blitzen, fuck rudolph, and fuck prancer Are we human? Or are we dancer? I'm a mother fuckin doge, so I dont have to answer
Rich ass Shibe, Im the doge to go after Christmas eve getting plastered, digging master Santa bring me some GPU's, so that I can dig faster Might just dig too fast, and crash, or- Go to the moon, cause a natural disaster
Cause once this shit blows, we aint coming back in orbit Bitcoin, litecoin, yall better forfeit This aint corporate, this is community Just proud to see what all of us doges grew to be. Truthfully.

'''
Sorry, I had to do it. Haven't seen a "Good news (TM)" post in quite some time.
Plain and simple, all publicity is good publicity. Around my office there were people talking about bitcoin after seeing the front page of Business Insider. This whole SM doesn't mean anything. Knowing who created Bitcoin is irrelevant. All that matters is mass adoption. This news brings Bitcoin back in the spotlight which piques curiosity of the technology, reignites conversation, and likely leads to more adoption. At the end of the day, all news is good news and this silly publicity stunt will only help with gaining mass adoption of cryptocurrencies.
Sit back folks. Continue to HODL, engage others in conversation, and prepare for orbit. Bitcoin will reach $1,000,000 per coin by the end of 2016 GUARANTEED OR YOUR MONEY BACK!!!
:)
'''
Why this SM nonsense is actually GOOD NEWS for Bitcoin!
Go1dfish undelete link
unreddit undelete link
Author: HeyZeusChrist

Like Bitcoin and other crypto assets, Chainlink (LINK) has been on a remarkable rally since the lows. The leading cryptocurrency this week hit a high of $4.20 — up 170% from the lows of March 12th — per data from Tradingview.. LINK has only held above $4.00 for a short period of time. Orbit Blockchain. ASSET MANAGEMENT SOFTWARE. Use Blockchain-based technology to timestamp your IP assets . Request a demo. With one click, your document is time-stamped on the Bitcoin Blockchain. The certificate of proof . Get your proof of existence certificate in a few minutes? Organize the traceability of the creative or inventive Orbitcoin (ORB) is a decentralised open source digital currency. List of Best Bitcoin Cloud Mining Sites (updated as of 25 January 2020) When investing in bitcoins, one needs to consider finding reliable websites to mine bitcoins in the cloud and generate cryptocurrencies periodically and safely.The problem with this type of investment is making a decision and betting on a site where cryptocurrencies won’t be in danger of disappearing overnight. Bitcoin is not alone. The virtual universe has spawned a few dozen alternatives, with varying reserves, computer mining requirements and privacy. In Bitcoin's Orbit: Rival Virtual Currencies Vie for Acceptance - The New York Times