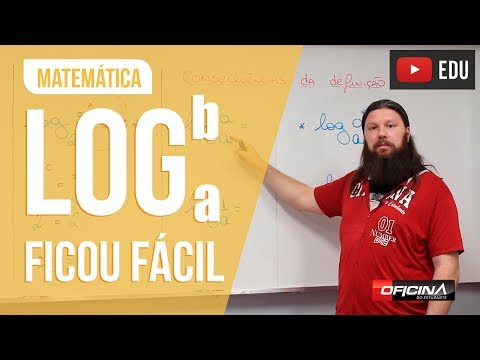 Peter Todd on Sep 18 2016:
As part of my recent work(1) on OpenTimestamps I've been putting some thought
towards how to interpret the nTime fields in block headers, for the purpose of
timestamping. I'd like to get some peer review on the following scheme I've
come up with.

We want to use the Bitcoin blockchain to provide evidence (the "attestation")
that a message M existed prior to some point in time T. Exactly how we do this
is beyond the scope of this post, but suffice to say we show that some block
header b cryptographically commits to the message, e.g. via a commitment
operation path proof, as implemented by OpenTimestamps.
A valid timestamp is simply one where T is a point in time where the message
did in fact exist. Of course, if a timestamp for time T is valid, all
subsequent T+d are also valid; such timestamps are simply more conservative
versions of the same statement.
A naively approach - as is implemented by most (all?) existing Bitcoin
timestamping schemes - is to assume that the block header's nTime field was
perfectly accurate, and thus M exists prior to the block's nTime. But that
doesn't take into account malicious miners, who may backdate their blocks.

We assume miners are divided into two categories:
1) Dishonest Miners --- These miners are actively conspiring to create invalid
timestamps for time's prior to when the message existed. A dishonest miner will
set the nTime field in blocks they create to the minimum possible value.
2) Honest Miners --- These miners set nTime in blocks they create to
approximately the current true time. An honest miner may use techniques such as
nTime-rolling. Additionally, all honest miners may be simultaneously affected
by systematic misconfigurations.

Prior to BIP113, reducing a block's nTime from the work given by a pool by even
a second could easily render it invalid, as the pool may have included
nLockTime'd transactions in the block. Thus hashing software was designed to
only roll nTime in the forward direction, not reverse, even though rolling
could be done in the reverse direction, up to the limit of the median-time-past
The Stratum mining protocol doesn't even have a way to tell clients what the
minimum allowed time is, just a single field, nTime, which is defined as "the
current time". Thus Stratum hashers will only ever increase nTime, which can
never result in an invalid timestamp if the original, unrolled, nTime would
have been a valid timestamp.
The getblocktemplate protocol does support telling hashers the minimum time via
the mintime field, which Bitcoin Core sets to the median-time-past. Regardless,
it appears that the pools supporting GBT (Eligius) return a much tighter limit
on mintime than the median-time-past, just 180 seconds, and as of writing,
don't actually declare that the ntime field is mutable anyway.
From an implementation point of view, relying on being able to roll nTime
backwards is unwise anyway, as the amount you can roll it back may be minimal
(e.g. if multiple blocks were recently found).
Since all miners have an incentive for time to move forward to keep difficulty
down it's reasonable to assume that the above observed behavior will continue,
and nTime rolling in the reverse direction will be a minimal effect; we'll
assume no miner rolls nTime backwards more than 1 hour.

1) Botched daylight savings time changes --- While internal clocks should be
unaffected by timezone changes, it's plausible that some kind of mistake
related to daylight savings could result in the time being set incorrectly +- 1
hour. For example, multiple large miners might manually set their clocks, based
on an incorrect understanding of what time it was.
2) Broken NTP servers --- It's reasonable to assume that many miners are using
NTP to set their clocks, and it's plausible that they're using the same NTP
servers. Of course, a broken NTP server could return any time at all! The
Bitcoin protocol considers blocks to be valid if nTime is set up to 2 hours in
the future (from the perspective of the local node) so we'll say instead that
we expect systematic NTP errors to be corrected with high probability if
they're more than 2 hours in magnitude - more than that and the Bitcoin network
is broken in a very visible way anyway.
Thus, we'll assume honest miners always create blocks with nTime greater than
the true time minus two hours, which accounts for both likely daylight savings
time misconfigurations, and likely NTP server misconfigurations. Additionally,
two hours is greater than any expected effects from nTime rolling.

For a timestamp anchored at a block of height x we'll define the time T it
represents as:
In short, T is the maximum nTime out of the N blocks that confirmed the
timestamp, including first block that actually committed the timestamp;
max_offset is the maximum nTime offset we expect from a block created by an
honest miner, discussed above.
The dishonest miners can successfully create an invalid timestamp iff all N
blocks are found by them; if any block is found by an honest miner, the nTime
field will be set correctly. Of course T may not be the minimum possible value,
but the timestamp will be at least valid.
So how big should N be? Let q be the ratio of dishonest miners to total hashing
power. The probability that all N blocks are found by dishonest miners is qN,
and thus the probability P that at least one block is found by an honest miner
is:
If the dishonest miners have q>0.5, the situation is hopeless, as they can
reject blocks from honest miners entirely; the only limit on them setting nTime
is the median-time-past rule, which only requires blocks timestamps to
increment by one second per block (steady state). Thus we'll assume q=0.5, the
worst possible case where a Bitcoin timestamp can still be meaningful evidence:
The reliability for the higher N is higher than the actual reliability of
Bitcoin itself. On the other hand, there's no known instance where miners have
ever created blocks with nTime's significantly less than true time on a wide
scale; even in the well-known cases where the Bitcoin network has temporarily
failed due to forks, timestamps produced during those times would be valid, if
delayed by a few hours.
Similarly, if we assume a lower q, say a single "rogue" 20% mining pool, we
get:
Another way to think about the choice of N is to compare its contribution to
how conservative the timestamp is - T as compared to the true time - to the
effect of the max-honest-miner-offset we choose earlier. For example, 98% of
the time at least 6 blocks will be found within 2 hours, which means that if we
pick N=7, 98% of the time the conservatism added by N will be less than the
contribution of the max offset.

One problem with the above algorithm is that it will frequently return
timestamps in the future, from the perspective of the user. A user who sees a
message like the following at 2:00 pm, immediately after their timestamp
confirms, is understandably going to be confused:
Bitcoin: 99% chance that existed prior to 4:00 pm, Jan 1st 2016
A reasonable approach to this problem might just to refrain from displaying
timestamps at all until the local time is after the timestamp; the UI could
describe the timestamp as "Not yet confirmed"
It may also be reasonable to round the timestamp up to the nearest day when
displaying it. However what timezone to use is a tricky issue; people rarely
expect to see timezones specified alongside dates.
Of course, in some cases a less conservative approach to interpreting the
timestamp is reasonable; those users however should be reading and
understanding the calculations in this post!

How much is 0.0001 BTC (Bitcoins) in USD (US Dollars). Online exchange rate calculator between BTC & USD. Currencio — Cryptocurrency Converter. Following that methodology, on December 31, 2017, you own just over 0.22 Bitcoin with an overall basis of $2,000. On December 31, the price of Bitcoin closed at $14,156.40, so the value of your investment at 12/31/17 is $3,167.68, giving you an unrealized gain of $1,167.68. Not bad. i have little knowledge about it asfar as i know Bitcoin has no fixed value per pip e.g. it depends on how much BTC – units are in 1.00 lot. Let’s say the pip by Bitcoin is 0000.01. So if there are 10 BTC-units in 1.00 lot then 1 pip is 0.10 USD. If there are 100 BTC-Units in 1.00 lot then 1 pip is 1 USD. Bitcoin is a distributed, worldwide, decentralized digital money. Bitcoins are issued and managed without any central authority whatsoever: there is no government, company, or bank in charge of Bitcoin. You might be interested in Bitcoin if you like cryptography, distributed peer-to-peer systems, or economics. Earlier this year, I discussed one of my favourite models for price prediction: the Bitcoin stock-to-flow ratio. The model, used to calculate the stock-to-flow of assets with hard caps, was