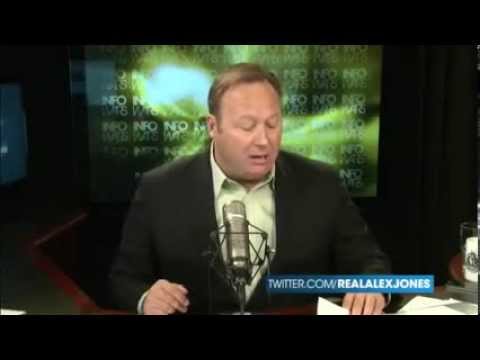 Why Bitcoin Is Here To Stay

Bitcoin is here to stay. Detractors will be proven wrong, no matter how many Nobel-prizes they won.
There's enough detractors. "It is a bubble" (Jamie Dimon, Alan Greenspan, Robert Shiller). "It offers people places to hide" (Jack Lew), "Bitcoin is Evil" (Paul Krugman), "it's too volatile"....
To be sure, some of these detractors are undoubtly very smart, but still it seems that they Just Don't Get It.
And that's what I don't get. It is crystal clear that bitcoin is not just a fancy technology, but a new paradigm that will change the world.
For starters, for the first time in human history, it is possible to store wealth such that it is private and secure. In other words, bitcoin offers the possibility to store wealth such that it can not be stolen or confiscated. This on its very own is an important raison d'etre for bitcoin. Plus that you can transfer value as easily as sending an e-mail, without needing anyones permission, at virtually no cost and without having to trust or rely on a third party. This is unprecedented in human history. This has enormous utility, as Wikileaks can attest.
Ultimately, bitcoin is the enemy of every government in the world. I find it unsurprising that its inventor choses to remain anonymous for the time being.
It is strangely amusing to see Jack Lew brushing off bitcoin as "offering a place to hide" and at the same time calling for a raise of the US debt ceiling. It can be disturbing to see Nobel laureates trolling bitcoin. And that is just the start of it.
What will happen next, is a full-on attack on bitcoin by governments worldwide, under the guise of money laundering, terrorism, drugs, child porn, organ trading, you name it. I also expect the US government to become a lot less welcoming to bitcoin rather sooner than later.
What can they do? Well, for instance, the US could declare it to be illegal for businesses to accept bitcoin as a payment. Obviously this will cause the value of bitcoin to plummet.
But, to paraphrase Jamie Dimon, that will not "be the end of it". For starters, such draconic measure will raise a lot of hard questions, because then just as well outlaw cash payments. But that's not even the point.
Because - you might as well outlaw bad weather. It is pointless. Bitcoin is designed to be fully resilient against governmental hostility. And it better be. It must be resilient, and it is, making it unstoppable, just as free speech is unstoppable. There is no way the government can prevent from two people meeting up and exchanging bitcoin and cash or goods. There is no way a government can force to keep wealth in a way that it can be confiscated. And that is what governments historically do: confiscate wealth, through inflation, through confiscation, through force.
Governments are important, but unfortunately: power corrupts. Bitcoin has the ability to give back many of the powers of government to the people. This is also a history-first. In the future, it will force governments to serve the community. Bitcoin has the potential for people to tolerate governments, instead of the current situation in which governments are endured.
Perhaps you find that the last paragraph sounds too far-fetched. It is not. Perhaps bitcoin will be not bitcoin but a different, improved crypto-currency. That's very unlikely, but most importantly - even if bitcoin would be replaced by a superior crypto-currency, this story would remain exactly the same except for the word 'bitcoin'.
What I want to achieve with this post is to give some historical perspective. There is a large group of people either dismissing bitcoin as a fad, or even be hostile. This is fully understandable, because it is not that easy grasp the potential, or to have an opinion differing from that of various Nobelprize laureates.
To bitcoin adopters I'd like this to say if you allow me. Be patient and try to explain the concept to people who are critical towards bitcoin. Don't attack them when they understandably dismiss bitcoin. Don't troll them back when they troll you. Defend bitcoin on its merits, that's plenty enough. Stick to facts.
What must be avoided is polarisation between those who have bitcoin and those who don't. Right now such polarisation doesn't matter much. But it must be avoided. There is no point in rubbing in that the other person is stupid because you bought bitcoin for a tenth of the current price. All it will do is create envy and hostility. Instead, explain why bitcoin might be useful, on its merits.

Let me recast Paul Krugman argument by using this 1930’s example: The Monetary Supply is fixed BitCoin: By design – 21 million is the max. 1930: Currency is tied to gold, and no major gold strikes in the 1920s The demand for money increases. BitCoin: More people get interested Bitcoin would surely do the same and this would raise the popularity of Freakonomics podcast. Also, if people are mailing u often to do a podcast about it, it is evident that there is a broad curiosity amongst the econ peeps. Introduce the people to something new. Also, often people like Paul Krugman are talking about it loud mouthedly... In 2013, famed economist Paul Krugman penned an article titled, “Bitcoin Is Evil.” And he still stands by that position. In 2016, he said that bitcoin was in a “bubble” when it was at just Schwartz J. D. (2008), Alternative Currencies Grow in Popularity, Time, retrieved: content.time.com Smart E. (2015), Top 10 countries in which Bitcoin is banned, retrieved: www.cryptocoinsnews.com Weisenthal J. (2011), Paul Krugman Explains Why Bitcoin Is A Stupid Currency, Businessinsider.com, retrieved: www.businessinsider.com Zetter K. (2009 Paul Krugman Explains Why Bitcoin Is A Stupid Currency. Joe Weisenthal. He then followed that up with a piece on the only currency more controversial than gold: Bitcoins, the digital money

That's the heart of Nobel-prize winning economist Paul Krugman's skepticism around cryptocurrencies -- noting that while he may not understand technology, he does understand monetary economics ... The digital currency Bitcoin promises all these things. ... The farcical double-speak continues as the Maestro does a great job of making Bitcoin (which Ron Paul earlier noted could be the ... We discuss whether or not 2014 will be one of economic and financial fallout from the 2013 Year of Bitcoin and Snowden. They look at Paul Krugman's claim that Bitcoin is evil because it's not ... Nov.29 -- Joseph Stiglitz, Nobel Laureate and Columbia University Professor, discusses Bitcoin and explains why the digital currency "ought to be outlawed." He speaks on "Bloomberg Surveillance." Paul Krugman does not understand bitcoin 7/9/15 Thomas Tullis ... Lenny Magill explains the "Combat Grip." ... and Inequality: Jeffrey Sachs and Paul Krugman in Conversation - Duration: 1:07 ...